BEM Services were contacted by PA Housing, who are a national housing association looking after a number of large properties across the country and in this enquiry they were experiencing water leaks across two of their 13 storey apartment blocks in Northampton. The leaks, at the top of the building, had led to considerable damage across many occupants beneath the leaks.

The first query was to ascertain why the leaks had occurred and secondary was how to fix the issue. Their own engineer had surmised that the pipework was rusting after inspecting one section of pipework that had been removed as part of the repair work. The best way to ascertain the extent of the rusting was to scan the pipework and measure the thickness of the metal at various locations.

To add to the difficulty of this project it was found that:

a. A project to install fire stopping measures across the building was ongoing and we were asked to work alongside this.

b. Each apartment block had three water risers that took hot water to each flat, but each riser passed through individual apartments (not through a common, accessible riser).

c. The flats were part-owned and part-rented so gaining access was going to be difficult.

After some initial surveys buy us we put together a plan to scan each riser in three locations so that we can see where the worst of the rusting was occurring. This plan was made more difficult due to access panels not being in place in some apartments, so we had to arrange for a builder to go ahead of ourselves to make the access hatches. 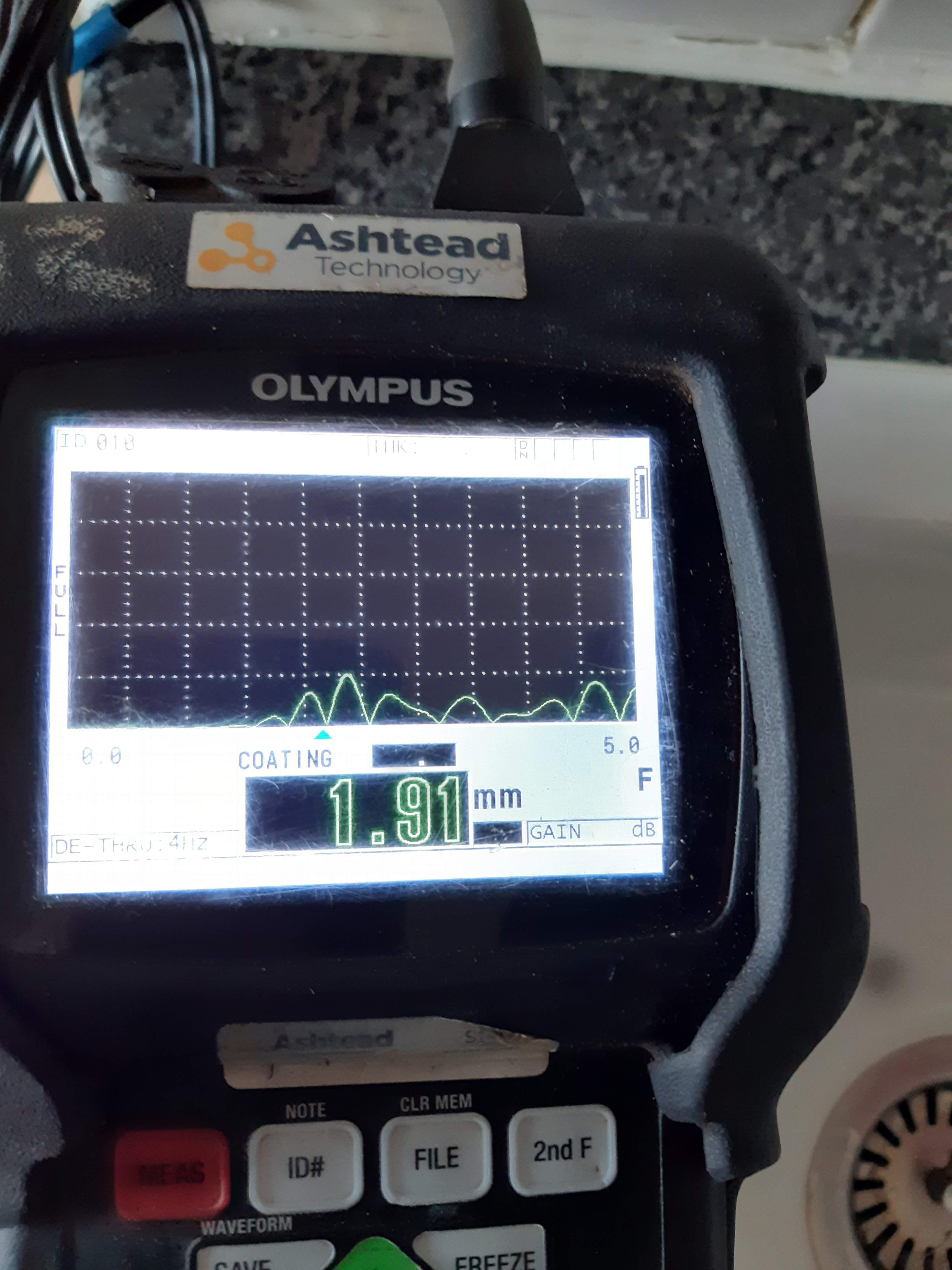 Once all the scans were complete it was clear that the top three floors in each block had badly rusted pipework and was liable to leak at any point. The lower sections of pipework were fine. It was deducted that the air admittance valves on each riser had been leaking allowing water to drain down the outside of the pipe unseen for years. This was exacerbated by poor quality pipework being installed on these upper floors.

With approval of the Client we put together a specification and plan of works for a commercial plumber to come in and replace all of the rusting pipework. This had to be

done carefully as all occupants will be in need of an almost constant supply of hot water and the access hatches were only 600 x 600mm wide.

BEM Services will now oversee the installation works and witness commissioning once complete.

If you require a technical report for your project, please do get in touch with us directly by email info@bem-services.co.uk or call 0115 7788 227.